ACM - My most impactful purchase of $100 or less 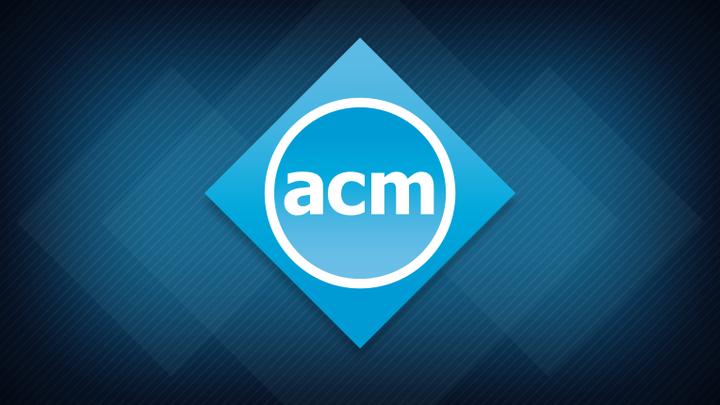 I’m a longtime listener of the Tim Ferriss' podcast, The Tim Ferriss Show, also read some of his books, including his most recent Tribe of Mentors. Both in the podcast and the book, Tim asks people a lot of interesting questions, one of them is: What purchase of $100 or less has most positively impacted your life in the last six months (or in recent memory)? If I had to answer this question, I would answer right away: ACM Membership.

The ACM itself lists the benefits of the membership on its website, so I won’t describe them here, the only one I would like to highlight is the Learning Center. With an extensive list of resources that I’m still couldn’t learn about all of them in more than a year of membership.

The cherry on top

If you took the time to go over the list of ACM’s benefits of the membership, you’ve already seen that the list is quite extensive, with loads of ACM generated content and also content provided by partners. Drilling down all the content and resources provided by the ACM, my favorite by far, and honestly, the primary reason why I’m writing this post is the O’Reilly Learning. Previously known as Safari Books Online, it is a subscription-based service providing access to books, recorded video courses, live training, and other content from O’Reilly and over 200 publishers. My first contact with this service was in January 2018, when I participated in a CISSP-ISSMP item writing workshop with the (ISC)². I was blown away with the variety and quality of the content made available in a single platform. Once I got back home, I considered signing up for the service, but if by now you checked the pricing page, you know it is not cheap. Don’t get me wrong, I do think it worth it, but still not cheap, especially when you need to worry about exchange rates and the value of your local currency in relation to the US dollar. In an internet search, I got to know that I could become a member of the ACM for a fourth of what I’d pay for the O’Reilly learning platform, having all the benefits mentioned earlier of the ACM membership, plus access to O’Reilly learning. It can’t get better than that, right?! Wrong!

In an effort to fulfill ACM’s mission of disseminating computing and information technology ideas, techniques and discoveries, as widely as possible, ACM has developed a special set of membership dues (based on the World Bank GNI per capita Atlas method data) for both professionals and students, and Digital Library subscription pricing affordable to individuals residing in economically developing countries. – ACM Website

The special rates vary from country to country; it makes the already affordable ACM membership even better for those who meet these criteria.

My most impactful purchase of $100 or less

At the regular price, the ACM membership would already be my most impactful purchase of $100 or less, with the special member rates for individuals living in developing countries, it is even better. The benefits and content made available by this membership are highly relevant for my professional development, with an incredibly low price tag, making the ACM membership definitely my most impactful purchase of $100 or less.